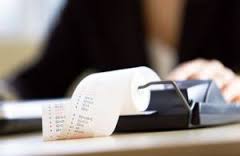 The former chief finance officer and a the holding company of a Virginia Beach based bank have both been charged by the Securities and Exchange Commission (SEC) in a violation of the laws of the federal security. Their offence was that they failed to properly account for a deferred tax asset which was not fully realized as a result of their business’ portfolio of loan deterioration and financial state. The holding company, Hampton Roads Bankshares and Neal Petrovich, the former CFO were fined $200,000 and $25,000 respectively in penalties imposed by SEC in settling charges against them.

By definition, a deferred tax asset is that asset found on the company’s balance sheet which offers a right in offsetting future tax obligations. According to the orders issued by SEC, the company improperly stated the whole DTA amount near the end of 2009 and early 2010 without having to record a valuation allowance as expected.

SEC established that the company and its chief finance officer intentionally failed to record the valuation allowance against the Deferred Tax Accounting by relying on the financial projections unreasonably. The financial projections were not consistent with internal company reports that showed that there was a likelihood of loan losses being continued. Consequently, due to the DTA that was inflated, the company understated materially its losses in its income statement for the fiscal year 2009 and also the year 2010 first quarter.

Even in those areas that call for subjective judgment, accounting determinants require to be based on supportive and reasonable information. In the event that the recorded tax benefit will not be realized, a valuation allowance is necessary. SEC held that depending on the information that was in the internal reports, it was not reasonable for Petrovich and Hampton Roads to make a conclusion that the Deferred Tax Asset would be realized.

Hampton Roads was found by SEC to have violated the laws of the federal securities and that Petrovich was the one who caused the violations. Petrovich and Hampton Roads consented to these orders without denying or admitting these findings. The orders demand that they desist and cease in causing or committing future violations of the security laws provisions.