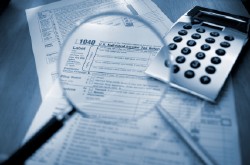 CPA firm PKF Pacific Hawaii‘s managing partner named Patrick H. OKI age 45, has been accused of 13 crime counts, that cause losses of more than $500,000 to his firm. According to Keith M. Kaneshiro, officer of Prosecuting Attorney, he was accused of stealing and money laundering in the first degree, misuse of computerized information in the second degree.

The members of the Honolulu Police Department and agents of Immigration Customs Enforcement arrested Oki, at Honolulu International Airport, when he reached from South Korea on a flight. A bench warrant has been issued by a grand jury secretly, after that he was arrested. Almost one year long inquiry has been done by HPD’s Financial Crimes, and then he was arrested. The head of this crime department, Christopher T. Van Marter, is handling this case.

In these fraudulent systems, he incorrectly maintained personally incurred operating expenses in association with services offered to customers. He also supposedly made fake companies, invoices, persons, contracts, financial documents, email addresses, websites and IRS form. He also made different fake entries in the financial books of company with bogus signatures of false people and companies.

Keith M. Kaneshiro, officer of Prosecuting Attorney said, “People make suitable judgment after relying on the information given in the books of accounts. So, it means truthfulness and honesty play an important role in accounting. When the managing partner of company engages in deceptive and fraudulent practices, this will create a doubtful environment for not only employees of that company but also the consumers, and clients associated with the company.

If Oki, criminal activities will prove, he will face up to 20 years prison with no relaxation.