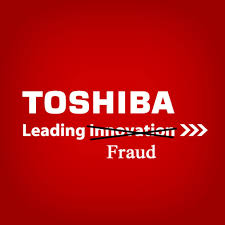 The Securities and Exchange Surveillance Commission of Japan suggested record fine $60 million which is equal to 7.37 billion yen to Toshiba Corporation for fake earnings, according to regulators this is the largest financial penalty ever seen. But the company assured a reorganization plan this month.

According to the regulator in Monday statement, including periods 2012 and 2013, Toshiba deceived investors by filing wrong and fake financial statements for many periods. People who are well-known with the matter have said, the commission is still taking into consideration whether to suggest fines against the former top executives of company.

Toshiba is one of the biggest Tokyo based industrial and electronics group, in April 3, which has lost more than 40 percent of its market value after disclosing an internal accounting fraud. Toshiba is raising cash by selling company shares and operations, and also already has replaced its top management to cover the possible fines.

After the announcement of SESC in Tokoyo, the President Masashi Muromachi said, “the company will perform its maximum to avoid this from occurring next time. By December 31, the company will announce a detail reorganizing plan, and also will not pay bonuses to managers this year.”

Toshiba is famous for making washing machines, semi conductors, computers, laptops and nuclear power plants also facing court cases filed by the shareholders. A government spokesman said in Tokoyo, “the cases are enormously deplorable. It is very important for Toshiba to reconstruct its business structure and create appropriate efforts to avoid a repetition.”