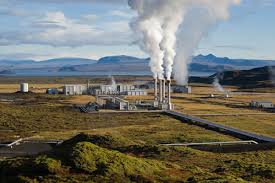 The complaint from ClientEarth to the Financial Reporting Council (FRC), with regards to lack of disclosures relating to climate risk, has resulted in two fossil fuel companies making changes with regards to their approach to climate reporting. After all these developments, the non- profit law organization has criticized the regulators for not making its recommendations public.

The Law firm made an official complaint to the FRC in August 2016, in which the firm highlighted that both Cairn Energy and SOCO International apparently failed to make sufficient and adequate disclosures regarding climate risks in their 2015 annual reports.

The complaint resulted in SOCO’s risk management report now acknowledging that the transition to a decarbonised economy could result in a decrease in demand and also an increase in capital cost, operating cost, taxation and regulation. The company now recognizes the climate risk as a fundamental element of its principal risks.

Even Cairn Energy’s strategic report now includes a lot more comprehensive information with regards to the climate risk the business is facing and that could potentially impact the entity’s financial performance. The strategic report of the entity now recognizes the possibility of a threat arising in the form of stranded assets and also highlights conflicting forecasts with regards to oil demand.

The lawyers of the activist firm argue that all these developments signal progress, but they are also of the opinion that they still have concern over the fact that Cairn Energy has discussed the climate change risk outside of its analysis of principal business risks.

The law firm has also criticized FRC for not disclosing the nature and details of the intervention they made in Cairn Energy and SOCO International’s proceedings with respect to climate reporting. The activist organization has demanded that FRC should make the results of its investigation public so that other companies and individuals are provided with guidance regarding climate reporting.

As per the representative of the FRC, the results of the intervention in response to the complaint made by ClientEarth can only be confirmed once the FRC makes sure that the issues have been addressed as agreed and this could only be done when the accounts of the entities gets published.

The taskforce established by the Financial Stability Board is working on climate-related financial disclosures and is all set to report on its climate reporting recommendations at a meeting of G-20 in July this year.
Share:
Source: ReadyRatios
Add New Comment