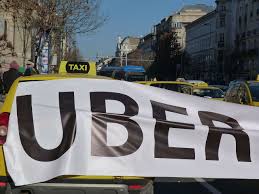 Uber will compensate its New York City drivers by paying the drivers tens of million dollars after admitting that its drivers were being underpaid for the last two-and-a-half years.  According to Uber, all this happened due to an accounting error with regards to the calculation of their commission.

The Uber is supposed to calculate its commission by applying its commission percentage (ranging in between 20% and 25%) on the driver’s fare after deducting taxes and fees but for more than past two years the ride-hailing company was calculating its commission on the gross fare earnings.

According to the Uber’s regional general manager for Canada & US, Rachel Holt, the company has made a mistake and therefore is committed towards rectifying it by paying every penny which Uber owes to its drivers.

Last year, New York Taxi Workers Alliance (NYTWA) raised questions on Uber’s calculation of its own commission on fare earned by the New York City drivers. NYTWA even went ahead and filed a class-action lawsuit against the ride-hailing company over violation of terms of service and employement laws in general.

According to Executive Director of the New York Taxi Workers Alliance, Bhairavi Desai, it’s a welcomed progress on part of Uber but still NYTWA believes that it is unlawful for Uber to take a portion of taxes and fee from the fare as part of its commission. She also said that with this payout Uber is basically trying to avoid court and in the process trying to cheat drivers once again.

Bhairavi Desai further added that NYTWA will fight Uber in court and NYTWA will make sure they win back all of the money which Uber owes to its drivers along with up to double damages.

Uber for a long time has faced criticism with regards to its treatment of its drivers, which it classifies as contractors rather than employees. This classification of employees basically allows the ride-hailing company to avoid paying the drivers minimum wage or providing the drivers with benefits like worker’s compensation.