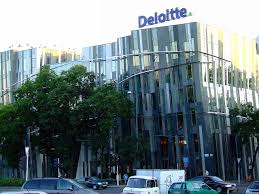 The company has recently said in a statement that it acknowledges that resolution in relation to reappointing Deloitte as external auditor was passed but with high number of votes received against the resolution as well as withheld.

In June, Mitie had made an announcement as per which it would appoint a new auditor by conducting a competitive tender process during July, August and September 2017. The new auditor will be appointed in the light of the results of the tender process.

The annual general meeting also experienced a large number shareholders voting against three other resolutions. These resolutions included one relating to authority of directors’ to allot shares, other one relating to authority to disapply pre-emption rights and the third one relating to providing additional authority to disapply pre-emption rights with reference to any acquisition or financing of a specified capital investment, limited to the equivalent of 5% of the company’s issued share capital (excluding treasury shares).

The company also revealed that process of consultation with shareholders has started and that the company will continue its efforts to engage with all those shareholders that either voted in against of these resolutions or withheld their votes.

In June, the company had reported a loss of £42.9m for the period ended march 31, 2017, compared to a £107.6m profit last year. In the annual report of 2017, the company said an accounting review was held during the year which revealed that improvements were needed with regards to approach in relation to internal audit and risk management. The company further revealed that changes were made in both the areas that were identified during the accounting review.

As per the findings of the review, another big four firm KPMG was asked to perform a detailed review with regards to the company’s policies relating to mobilisation costs, long-term complex contracts, work in progress and accrued income.

The review performed by KPMG revealed a number of prior year errors that, due to being material, required the results for periods before March 31, 2017 to be restated.

As per 2017 annual report, Mitie in total paid Deloitte £1.247m for its services out of which £1.07m was paid against audit services while the remaining was paid for non-audit services.