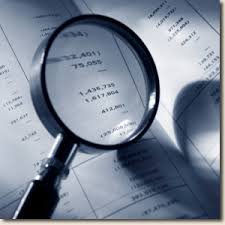 ACCA member Philip James has been excluded for next ten years and has also been fined £100,000 after he admitted to misconduct in his role as finance director of Tech Data Limited, following an investigation initiated by the Financial Reporting Council (FRC).

The decision of exclusion and fine against Philip James relate to preparation and approval of financial statements for the period ended January 31, 2012 and January 31, 2013 for Tech Data Ltd.

ACCA member Philip James already has admitted to 12 accusations regarding his professional conduct falling short of the standards reasonably to be expected of a member of ACCA. He has violated the ACCA’s fundamental principle of integrity, which demanded him to be honest and straightforward in all business and professional relationships and not to engage with information that he knew to be false or misleading.

According to terms and conditions of the settlement deal, James is suspended as a member of ACCA for a time period of 10 years. He has also been fined £100,000, reduced to £35,625 after taking into consideration his financial position, adjusted for some mitigating factors and discounted for settlement.

In May 2014, the Financial Reporting Council (FRC) initiated an investigation into the preparation of financial information of Computer 2000 distribution Limited (C2000), now known as Tech Data Ltd. The investigation covered period ended January 31, 20089 to January 31, 2013.

After an internal investigation, the company restated its group financial statements and other financial information relating to the January 31, 2009 to January 31, 2013 period, reducing the figure of its previously reported net profits $27m (£20m).

At the time, the errors were said to relate mainly to errors arising from improper use of manual journal entries, improper recognition of foreign currency exchange transaction and improper accounting for vendors.