Sales and Use Taxes Keep Rising 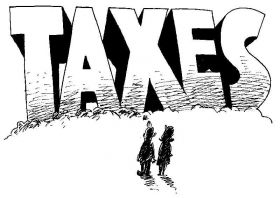 Sales and use taxes continue to rise on average nationwide, according to a new report, with an average combined rate in mid-2011 of 9.63 percent, compared to 9.61 at the end of 2010.

“The number of rate changes and new taxes across the U.S. declined compared to last year, continuing a trend we saw at the end of 2010,” said Vertex chief indirect tax officer John Minassian in a statement. “While the average combined rate continues to reach record levels, it appears that the steep rate increases and pace of tax changes of the last eight years have slowed to some degree in 2011. The real issue for corporate tax practitioners is that the potential for rate changes has significantly increased the burden on companies to consistently and accurately track tax changes.”

California’s sales tax rate decreased from 7.25 to 6.25 percent at the beginning of July. Two other states had changes in their state sales tax rate effective July 1: Connecticut increased from 6.0 to 6.35 percent, while North Carolina decreased from 5.75 to 4.75 percent. However, these changes are not reflected in the statistics for the first six months of 2011.