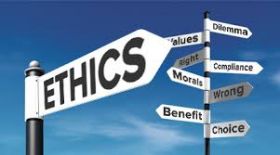 ICAEW has recently ordered an accountant to pay a sum of £8,000 in costs in addition to imposing a fine of £1,500 after the accountant was found to be guilty of breaching rules of professional behavior as used offensive language with regards to a dispute associated with fee charged to clients.

A tribunal established by the ICAEW Disciplinary Committee came to the conclusion that Paul Singleton who is a FCA was found to be guilty of breaching s150.1 of the Ethics Code. Paul Singleton was fined for using abusive language towards clients who he met outside a pub on June 27, 2015.

Paul Singleton’s offensive rant was basically due to a dispute over fee, with his clients. The FCA had previously undertaken some accountancy work for the male client and in addition to this also appeared as an expert witness during proceedings that took place in court between the partner of the male client and her ex-husband. The reason of the dispute between Singleton and his client was the fee that was charged by Paul for appearing as a witness in the family court.

On September 3, 2015, a complaint was made to the ICAEW by regarding the behavior of Paul Singleton by his clients.

Although Singleton admitted of using offensive language with his clients but denied that he had breached the code of ethics.

Singleton was reprimanded for his actions and was fined £1,500. Initially the tribunal applied for £11,858 costs but later on reduced the amount of cost and ordered Singleton to pay £8,000 in costs.

In response to the judgment given by the tribunal, Paul Singleton was of the opinion that he is the first person that has been fined by the ICAEW under the s150.1 of code of ethics for using abusive language. The disciplinary action was a stitch up as ICAEW was afraid of setting a precedent which clearly does not suit them.