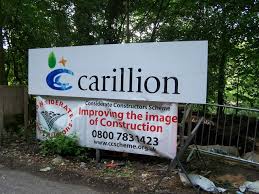 As per a report released by Moody’s Investor Service, the collapse of Carillion has highlighted shortcomings with regards to reverse factoring accounting tool, which is a type of supply-chain finance.

According to a corporate analytics agency, reverse factoring is one of the most used tools for providing the entity with finance in relation to supply of products, all across the world. As there is no definite accounting requirement, therefore very few entities make disclosures of arrangements with banks and suppliers. The existence of such arrangements can only be discovered through scrutiny of amounts reported by the entity as creditors and other payables.

Moody's vice president and author of the report said that there were two shortcomings in the approach adopted by Carillion in relation to its reverse factoring arrangements, one was that scale of liability payable to bank was not evident from the balance sheet and the other one was unclarity with regards to a key cash generating source for the business in the entity’s statement of cash flow.

The analysis clearly points out that Carillion’s balance sheet of 2016 failed to provide clarity in relation to scale of its liability payable to banks. However, the balance sheet stated that the group's bank overdrafts and loans amounted to £148m but an additional amount of possibly £498m was payable to banks by the entity as a result of its factoring arrangement which was initiated in the year 2013.

Apparently, this additional sum was reported as part of ‘other creditors’ and as a result was excluded from the figure appearing under the head of borrowings.

The reported operating profit of Carillion group (excluding gain on disposals) amounted to £501m for the period ranging from 2013 to 2016. Apparently the outcome was certified by the group’s statement of cash flow, which showed that the business generated cash of £509m from its operations in the same time frame.

However, there were no disclosures regarding the inclusion of bridging finance, provided by banks to the entity through reverse factoring mechanism, in the cash inflow reflected in the group’s cash flow statement.

The group’s interim accounts to June 30, 2017, the group has declared the write-down of contract receivables amounting to £600m, more than the group’s operating profit of £501m reported for 2013-16 period.