Plans Revised for Register of Foreign Ownership of UK Properties 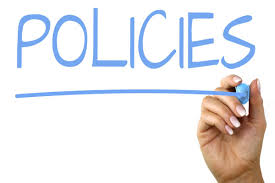 The UK government has revealed further details regarding proposals for a new and improved ownership register for foreign companies that either have participated in government procurement or own property in the UK.

A draft bill with regards to new policies and rules is expected to be made available this summer, which the government of UK is claiming to be ‘first of its kind’, and is intended to improve transparency in relation to property ownership by overseas companies.

The Government suggests that the new register should be operated by the Companies House and that the information on it should be freely accessible to the public. It is also proposed that the new register should require the same information about beneficial owners as is required of people with significant control. The information required to be mentioned on the register includes the individual’s name; date of birth (this may not be wholly publicly accessible); nationality; place where they usually reside; address for service; usual residential address (again, this is unlikely to be publicly accessible); the nature of their control over the company; the date on which that person became a person with significant control over the company; and whether or not there are any restrictions in place on using or disclosing any of the individual’s details.

This move follows previous year’s discussion and the publication of responses and reviews.  The government says it aims to propose the bill to Parliament in the second session, with the intention being making the register operational in the year 2021.

Many of the respondents did not support the recommended definition of leasehold, strongly believing that the definition was not equivalent to freeholds.

Respondents were then evenly split between those who wanted that the duration of the period given to overseas entities to act in accordance with these new requirements should be a year and then there were those who felt that the time duration was for foreign companies to comply with the new requirements was insufficient.

A number of respondents showed their concern regarding the prevention of appointing an insolvency practitioner as a result of the new proposed policy. The government says it is developing the policy to ensure that it is line with the liquidation procedures.