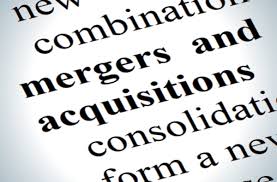 Baldwins, the highly active member of CogitalGroup with reference to acquistions, is continuing on the acquisition/ merger trail, and as a result has further expanded its reputation and presence in Scotland after the group recently took over an Ayr-based accountancy firm.

Sinclair Scott, a long-established Ayr-based accountancy firm which has been in business for over 100 years, has been acquired by the CogitalGroup owned Baldwins acccountancy group. The deal is expected to bring approximately £1.3m in annual fee income to the Baldwins. The deal will also see the transfer of all the staff of Sinclair Scott along with its two partners to Campbell Dallas, which is also a member of the Baldwins group.

Campbell Dallas joined the Baldwins in October of last year. Even after becoming part of the Baldwins, Campbell Dallas has continued doing business under its own name. Baldwins group is owned by CogitalGroup, which is advisory services business started by former Deloitte executive John Connolly and HgCapital.

After the acquisition of Scott Sinclair, Campbell Dallas has now become one of the largest service providers in Ayrshire, Scotland with reference to the field of Accountancy. The accountancy firm now has more than 300 staff members and partners working from offices in Glasgow, Aberdeen, Stirling, Perth, and Kilmarnock.

This is the third acquisition by the Baldwins’ in Scotland and it further cements the position of the Baldwins as one of the fastest growing accounting groups in Scotland. Springfords and Campbell Dallas are also the members of the Baldwins group as they were acquired by the group in the year 2017. These acquisitions are part of the group’s plan to penetrate the Scottish market even further and as a result drive more growth by a combination acquisitions/ mergers and organic expansion.

Sinclair Scott has expertise in providing a wide range of accountancy, tax, advisory and compliance services to a mix of entrepreneurs, owner-managed businesses, community enterprises, and private individuals. The firm has a strong client base in the charities, farming, rural and healthcare sectors.

Currently, the parent company with the name of CogitalGroup has around 4,700 people working in its 150 offices that are located in seven countries and also has revenue in excess of £320m.