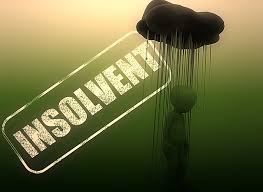 The restaurant sector has seen a drop of 11% with regards to job vacancies over the last six months in the UK, according to a research study conducted by Moore Stephens. The firm said that the main reason that could be contributed to this decline is that companies are looking to save costs incurred on employees.

The number of restaurants becoming insolvent increased to 984 in the last year compared to 825 in 2015/16.

According to Moore Stephens, the restaurant sector is suffering suffered mainly due to increase in minimum wage and other payroll-related costs such as apprenticeship levy and pension costs through auto-enrolment of employees.

In order to sustain in this competitive business environment many businesses have adopted a policy of reducing costs due to which the number of job vacancies available in the UK’s restaurants have been reduced by 11% during the last six months according to a research conducted by Moore Stephen.

One of the directors at Moore Stephen, Simon Fowles, said that associating more and more costs every day in association with regards to employees cannot work in the long term for the employers.

The current level of costs is not affordable by many restaurants and the lack of customer confidence has discouraged many potential participants to enter in the restaurant market.

The costs have increased to such an extent that if a restaurant pays 30% of its revenue as staff costs it is considered to be managing its costs very well as compared to five years earlier where such costs would usually account for 25% of the revenue.

The potential entrants and the currently struggling restaurant market participants would really appreciate if the government starts looking on the aspect of keeping the payroll costs under control especially in areas such as National Insurance.