Majority of the Governance Professionals Oppose Increase in FRC Powers 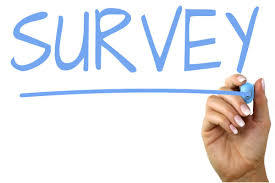 Majority of the governance professionals are against the plans to increase enforcement powers of the Financial Reporting Council (FRC), according to a recent survey by ICSA: The Government Institute.

ICSA: The Government Instituted conducted the survey in collaboration with the firm named The Core Partnership. As per the survey conducted, 57% of the participants to the survey opposed the plans of increasing enforcement powers of FRC. A mere 27% came out in support of the plans to give more power to FRC, with the remaining 16% of the respondents unsure with regards to the said matter.

The reasoning given by those in support of not increasing FRC powers is that it would unnecessarily increase pressure on businesses. Some also argue that success of FRC stems from supportive and collaborative voluntary arrangements with the stakeholders instead of enforcement powers or statutory backing.

Some of the respondents to the survey are of the opinion that the FRC should be provided with more powers to advise rather than supervise. They also argued that the body should have power to fine or in some cases sanction firms/ auditors whose decisions or actions result in serious damage to shareholders and their investment.

Respondents in support of increasing FRC’s powers also said that the additional powers should also provide the body with the right to fine/ sanction directors where they are found to be at fault and should not only be restricted to actuaries or accountants.

The majority of the survey participants (61%) believed FRC to be sufficiently independent of the entities it regulates, with just 11% of the respondents saying otherwise.

ICSA’s policy and research director, Peter Swabey, said that the responses from the survey participants made one thing clear and that is there are concerns regarding effectiveness of key functions such as accounting and auditing, with a number of survey participants recognising that potential serious issues exist with regards to the audit of large companies conducted by one of the big four audit firms.

Some of the respondents were of the opinion that there should be restrictions regarding the number of large audits conducted by an audit firm in the UK. While others felt that large companies with complex operations have limited options to look at when rotating auditors as there are not too many audit firms in the market with expertise and resources required to conduct audit of large entities.

The Department for Business, Energy and Industrial Strategy is planning to conduct and complete a ‘root and branch’ review by the end of this year. The purpose of this review is to analyse FRC’s performance as independent regulator in the UK and to highlight the areas needing improvement.