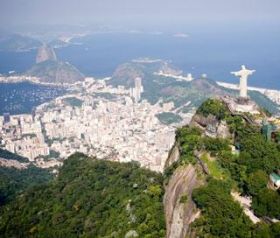 Brazil has made "remarkable strides" over the past decade and has emerged as a "leading actor on the global stage" according to the International Monetary Fund.

In its report on the article IV consultation on Brazil released on Wednesday, the IMF says strong policy framework and sustained political commitment to reduce public debt levels has increased the economy's resilience to external shocks.

But the executive directors agreed that there are signs of overheating in the economy and therefore Brazilian authorities should take suitable policy measures to address this.

IMF directors welcomed the authorities' decision to phase out the fiscal stimulus introduced during the crisis which will reduce the funding provided to the National Development Bank.

Authorities have also tightened monetary conditions by the central bank in order to contain inflation risks. Inflation currently stands at 6.7 per cent.

Although Brazil appears to be financially sound overall, directors stressed the need for "heightened vigilance" against financial risks in light of the pace of credit growth and reliance on external borrowing....