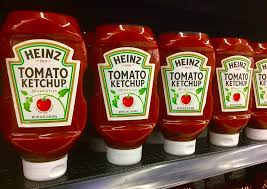 Food giant Kraft Heinz has revealed that it discovered certain misstatements in its financial statements after an internal review was conducted by the company. As a result of these findings the company will now have to restate its accounts of previous 3 years. It is estimated that account heads representing figures of $181m will now be restated by the company.

The company has admitted that it has identified a number of staff members of procurement department involved in the misconduct.

Kraft Heinz has said that it will have to restate its issued financial statements for 2016, 2017 and 3 quarters of 2019.

Earlier this month it was reported that the company’s audit committee agreed that these figures cannot be relied upon due to those financial statements containing some misstatements.

The company said that it did not believe that highlighted misstatements constitute a quantitative material misstatement to any financial period presented in company’s prior interim or annual financial accounts, but because of the qualitative nature of the issues highlighted in the review, including the time period over which the misconduct continued to occur and the number of business transactions, procurement employees and suppliers involved, the company has decided that it would be appropriate to rectify the misstatements in the financial statements previously issued by the company by restating such financial accounts.
The company said that it had discussed the matter with its external auditor, PwC.

The misstatements highlighted during the internal review conducted by the company mainly relate to the timing and recognition of supplier contracts.
The review and investigation identified that the company is required to make adjustments of around $208m, of which $27m was recorded as part of the cost of items sold in the previously issued financial accounts of quarter four of 2018.