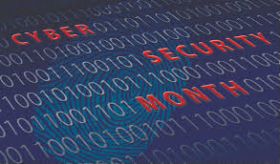 The big four firm KPMG is the UK's biggest cyber recruiter, with other big four firms PwC, EY and Deloitte close behind, according to the data released by the well-known job site, Indeed.

Vodafone came in fifth in the list of top recruiters of cyber experts, while the remaining spots in the top 20 were mostly occupied by companies from the finance sector with the sole retailer supermarket Sainsbury’s.

Indeed highlighted that cyber postings per million vacancies increased by 14.58% from 2017 to 2018. Most sought after cyber positions offer an average annual salary that is above £27,600, which is the national average, with the top five recruiters paying around £45,851 a year.

The top five cyber positions include an IT security specialist, security engineer, security consultant, information security analyst and IT auditor. Out of the all the cyber roles mentioned above, IT auditors are on the top of the list with regards to being the highest paid with an average salary of £58,328.

Bill Richards, managing director of Indeed UK, said that accountancy and audit firms are required to preserve lots of sensitive client information which are to be kept confidential as well and as a result they require strong cyber defences.

He further said that it is noticeable that all the Big Four firms made it to the top four of our league table of the most prolific recruiters of cyber experts in the UK. Another point to notice is that how the list only includes companies from the private sector as the private corporations look to safeguard their important information by building robust cyber defence lines.

He also added that cyber security is a hot topic as well as a lucrative career option right now.