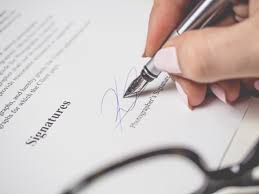 Both the bodies signed an agreement in London, in a ceremony at ICAEW’s headquarters.

This MoU between the two bodies not only establishes a framework for the mutual recognition of the qualifications of both the bodies but also provides a fast pathway for members of the said two bodies to attain qualification of another professional body apart from their own.

ICAI and ICAEW are also planning to develop research in fields of common interest. The two institutes are also collaborating on a report on IT, automation and robotic processing, using case studies of organizations both in India and the UK.

ICAEW President, Fiona Wilkinson, said that both the ICAEW and ICAI are working together so that both the bodies can provide its members with greater opportunities. In this modern-day age, professional bodies need to collaborate with each other irrespective of borders, ensuring we provide full support to our members in different regions and jurisdictions.

He further said that auditors and accountants play key role in delivering business confidence, a commodity which is integral for the continuing growth of the Indian economy as well as other financial markets in the world. ICAEW collaborates with accountancy bodies of other countries to help in developing and promoting best practices, and we are very happy to be collaborating and working with ICAI as well.

ICAI is a professional body that is responsible for regulating the accounting profession as well as the chartered accountants in India. It was established in 1949 and works under the ministry of corporate affairs and has around 300,000 and 750,000 students.
Share:
Source: ReadyRatios