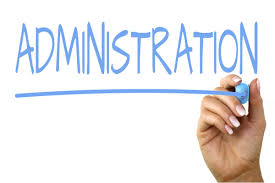 Triumph Furniture Ltd, one of the largest manufacturers of furniture in the UK, has collapsed after an unprecedented drop in sales over the last few weeks.

The furniture company, with bases in Dowlais amd Merthyr Tydfil, went into administration after it was unable to reduce its costs following an unprecedented drop in sales during the course of last 10 weeks.

Established in the year 1946, the family-run business went on to supply furniture to over 600 office furniture sellers in addition to being a key supplier of the central government. The company previously went in administration in the year 2011, when it was saved by a buyout by the management.

Following the sudden collapse, 13 out of the company’s 252 employees have been retained to help administrators with their duties.

CEO of Triumph Furniture, Andrew Jackson, said that the family is devastated by this sudden collapse and are very worried for the well-being of all its employees at this difficult time.

Partner at Begbies Traynor, Huw Powell, said that it is sad to see a prominent organization like Triumph Furniture fail. The news even more devastating when you consider the fact that there are so many redundancies involved.

He further said that efforts were made to secure backing of major customers as well as additional funding to support a restructure or to sell the company as a going concern but these attempts ultimately proved to be unsuccessful.