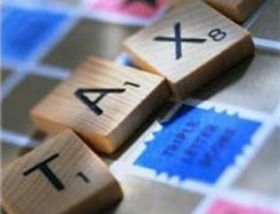 At a time when America is borrowing about 40 cents of every dollar it spends because tax revenues cannot keep up with government spending, hundreds of America's wealthiest households are paying no income tax at all.

According to a recently released IRS report, almost 1,500 of America's 230,000 millionaires avoided paying any federal income tax in 2009.

So how did they do it? Were they scamming the system? Evading the IRS? Stashing their cash in elusive off-shore, untraceable bank accounts?

Actually, they were probably donating to charity, investing in local and state government bonds and making most of their money overseas.

Most of the millionaires who did not pay income tax to the IRS probably still had to hand over a chunk of their change, just not to the U.S. government, said Roberton Williams, a senior fellow at the Tax Policy Center.

Instead, many of America's high earners pay income taxes to foreign governments because of profits from overseas investments.

"In most cases, they are paying taxes outside the U.S. and the federal government says, 'We are not going to double tax you. If you pay tax overseas and that's as much or more than you pay here, we aren't going to charge you more,'" Williams said.

Mark Robyn, an economist at the Tax Foundation, said this foreign income tax credit avoids the problem of double taxation.

"That generally seems like a pretty acceptable feature of a tax code -- to avoid unfairly taxing people twice for the same income," Robyn said.

But the foreign tax credit could be just one of many reasons that almost 1,500 millionaires are not paying U.S. income tax, Robyn said.

"A lot of factors go into it," he said. "High-income people have lots of income sources that the average person like you or me doesn't really experience."

Millionaires are more likely to qualify for tax deductions, for example, by earning non-taxable income from interest on state and local bonds or donating to charity.

"There are a whole bunch of provisions in the tax code that lower people's taxes," Williams said. "And those disproportionately go to people with higher incomes."

For example, a couple that earns $2 million could pay no U.S. income tax if they donated $1 million to charity, making that half of their income non-taxable; if they earned most of their income from capital gains or dividends, which are taxed at a lower rate; and if they paid taxes on overseas investments, thereby qualifying for a foreign tax credit.

But these millionaires are not the only Americans skipping out on federal income tax. A full 46 percent of the population pays zero income tax. The vast majority of these income-tax-free households have low incomes and qualify for child tax credits.

Income tax is a small slice of the complex tax pie, however. Even those that don't pay it are still on the hook for payroll tax, which funds Medicare and Social Security, excise taxes on gasoline, cigarettes and alcohol, and sales tax.

While most lawmakers have said they support reforming this complicated tax puzzle, exactly how to change the tax code is highly disputed.

GOP presidential candidate Michele Bachmann, a former IRS tax attorney, said she would revamp the tax code if elected by lowering overall tax rates and getting "rid of all the deductions" so that more people paid into the system.

"In my perfect world, we'd take the 35 percent corporate tax rate down to nine so that we're the most competitive in the industrialized world. Zero out capital gains. Zero out the alternative minimum tax. Zero out the death tax," Bachmann, R-Minn., told the Wall Street Journal's Stephen Moore in June.

The Tax Policy Center estimated that eliminating just the capital gains tax would allow 23,000 more millionaires to skip out on paying income tax.

Former Minnesota Gov. Tim Pawlenty, who is also running for president, took it a step farther, suggesting in a June speech at the University of Chicago that not only should capital gains taxes and the "death tax" be eliminated, but interest income taxes and dividends taxes should be cut as well.

Those cuts, he said, would help simplify the "9,000-page monstrosity" that is the U.S. tax code. It would also enable the government to create just three tax brackets, instead of the current six, and reduce overall rates, he said.

According the Tax Policy Center , Pawlenty's proposal to eliminate those taxes on investment income would allow about 50,000 more millionaires to avoid paying any income tax.