Hedge Fund Ethics Pushed in US and Asia 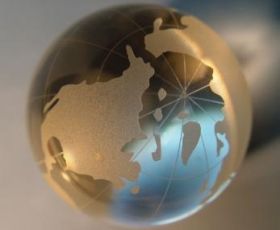 A London-based standards body for the hedge funds industry is launching a campaign to sign up more US and Asian hedge funds to its ethical code of conduct.

The Hedge Fund Standards Board, which was set up at the turn of the 2007 crisis, said the "international drive" was aimed to improve take-up of the guidelines.

Dame Amelia Fawcett, chairman of the board, said it would also be consulting on amendments to the standards to make them "more relevant internationally" and bolster them in the light of the financial crisis.

"The standards are now widely accepted in the European market and most of the leading hedge fund managers in the UK and continental Europe have become signatories," said Fawcett, who became chairman last month.

"Investors are now telling us that they would like to see wider adoption of the standards by managers in the US and Asian markets." The standards, which emphasise the need for transparency and risk management, were first put together in 2007 by 14 major firms such as the Man Group, Lansdowne Partners and Gartmore.According to the board, the standards "facilitate investor due diligence and minimise the need for restrictive regulation".