IFRS Tiff Heats up as US Banks Weigh in 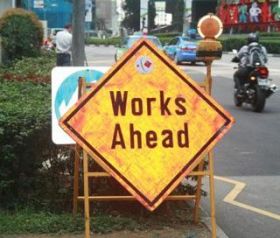 The American Bankers Association has hit back at the International Accounting Standards Board over remarks apparently pressurising the US to effectively "put up or shut up" on adoption of IFRS.

Donna Fisher, ABA senior vice president of tax and accounting, says she is "a little confused" by the IASB's call for the Securities and Exchange Commission to endorse adoption of IFRS or risk weakened ties with its US counterpart - the Financial Accounting Standards Board.

"It's almost as if there is a deadline," Fisher says. "So [the IASB is saying], 'we want a single set of standards so long as its by the end of 2011'. Rather than, 'we're going to have an ongoing effort even if the SEC doesn't make that decision'.

"I certainly understand that they might have to lighten up on interaction with the US if the SEC says, 'no we're not going to adopt IFRS'. But it does seem to me, that if their goal continues to be a single set of high quality standards after that decision, they would want to continue to work closely with the FASB."

During a webcast last week, IASB vice chairman Ian Mackintosh said cooperation between the IASB and FASB "really depends" on the US decision on whether to adopt the international standards.

If they decide not to adopt IFRS, he said: "I wouldn't have thought that we would work jointly with them on new projects."

But Fisher says that more time is needed for the US to make that decision. "We have so many questions up in the air. This doesn't feel right. I think we need a little more certainty about what these standards are going to be, because we don't know what we're adopting."

Fisher says the ABA has recommended the SEC look at adoption of IFRS from a business model perspective, taking more of a "permit" rather than "require" approach.

"If you are sitting in the seat of a large bank that is global and thinks the information would be more useful, it would be more comparable if they use one set of standards. You can see that makes sense, and they are competing with other people who use IFRS.

"On the other end of the spectrum, if you look at a community bank in Tennessee, what do they really care.
Share:
Source: GFS News