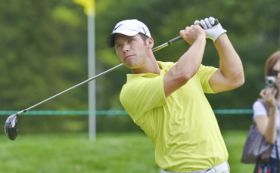 THE TAXMAN will appeal a tribunal ruling that supplies provided by golf clubs to non-members should be exempt fr om VAT.

The case involving the Bridport and West Dorset Golf Club, first reported by Accountancy Age, centred around VAT paid by the club. European legislation states that non-profit organisations are exempt from paying VAT on services "closely linked" to sport, though this exemption covers only those services provided to members of the organisation.However, the tribunal ruled that this was contrary to the purpose of the legislation.

HM Revenue & Customs released a briefing saying it believed the tribunal "erred" in interpreting the EU law. It said it "remains of the view that, wh ere clubs that run membership schemes make charges to non-members for the use of certain sporting facilities, such as green fees, the charges are standard-rated. They have, as a result, sought permission to appeal to the upper-tier tribunal".

The briefing added that businesses should continue charging VAT on supplies made to non-members of a membership club. "Should any golf clubs decide to exempt their green fees on the basis of the first-tier tribunal's decision, HMRC will assess the underdeclared tax and enforce the assessments," it added. "Penalties may also be applicable in such cases."