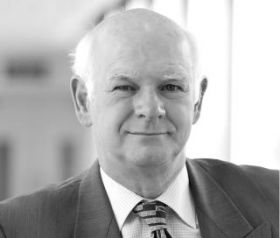 The Germans have almost run out of alternatives, writes Howard Davies, former chairman of Britain's Financial Services Authority. If they do not do the right thing soon, there will be banking casualties and EU governments will once again be obliged to put in public money.

"April is the cruelest month," wrote T.S. Eliot at the beginning of his great poem, "The Waste Land."

But, if Eliot had been a professional investor who had observed European financial markets over the last few years, I am quite certain that his choice would have been August.

In August 2007, the decision by BNP Paribas to close two of its hedge funds exposed to the subprime sector precipitated a liquidity crisis for all European banks during that summer.

This year, BNP's great rival, Société Générale, has been in the spotlight. Its stock fell by more than 14 per cent in one day in mid-August, plumbing depths not seen for two and a half years.

Rumors have swirled about a possible downgrade of France's sovereign debt, accompanied by speculation about the consequences for French banks.

Since the French, of all continental Europeans, most respect the convention that no useful work should be done in the month of August, this is harsh treatment for their bankers.