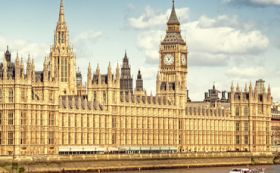 CIPFA HAS CALLED on the government to stop shifting debt off balance sheet via private finance initiatives (PFI), used to fund major projects like new schools and hospitals.

A House of Commons Treasury Sel ect Committee report today decided PFI "does not provide taxpayers with good value for money" and must not be used "to circumvent departmental budget limits".

PFI was first mooted in the early 1990s, but rose to prominence under Labour fr om 1997. Projects are partially funded by private sector partners, with government money coming via banks or bond holders.

CIPFA said PFI assets and liabilities should be on the public sector balance sheet, in line with international financial reporting standards.

Draft whole of government accounts (WGA) using IFRS were recently produced for the first time and showed discrepancies fr om the old National Accounts, with higher levels of borrowing evident on the WGA.

The select committee warned poor investment decisions may continue to be encouraged by the 'buy now, pay later' appeal of PFI, which allows departments to commission capital-heavy projects without taking the financial hit.

It railed against "perverse incentives unrelated to value for money" and called on the Office of Budget Responsibility to include PFI liabilities in future assessments of the fiscal rules.

The body noted the average cost of a low-risk PFI project is more than 8% - double that of government gilts - and paying off a £1bn PFI debt could be equivalent to servicing a direct government debt of £1.7bn.

CIPFA said PFI should be "only one of a number of options", and funding appraisals must be carried out "on a level playing field", with value for money the main priority.