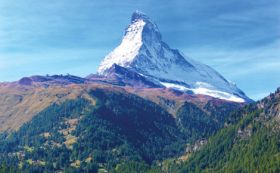 THE AGREEMENT between UK and Switzerland deserves the adjective "historic". It is wrong to say this marks the culmination of a change in worldwide attitudes to tax evasion. It is arguably one of a chain of significant events that began at the 2009 G20 summit - where the Organisation for Economic Co-operation and Development categorised states based on their transparency - and shows no sign of ending. But many advisors have said that introducing a degree of transparency to the Swiss banking system is the "holy grail" for HM Revenue & Customs.

There have, of course, been critics. This is undoubtedly a pragmatic approach to tax collection and some, but not all, evaders will be nonplussed by the agreement. But a simple conclusion that it allows evaders to "get away with it" ignores some of the nuances of the deal. So how is the deal structured and what will this mean for individuals with offshore accounts and their advisors?

If the account holders do not have large tax liabilities, they will be able to instruct their banks to disclose their account details. For those accounts, HMRC will seek unpaid taxes plus interest and penalties. Those people who have no tax liabilities and choose to disclose will not pay anything.

The widely expected withholding tax on investment income and gains will be introduced: capital gains income will be charged at 27%; dividends 40%; and interest 48%. Although it is predicated on the assumption that the account holders will be top-rate tax payers, these charges will apply to all account holders who choose not to disclose their accounts.

The UK authorities will also be allowed to request account details of up to 500 people a year whom they suspect of tax evasion, whether the individual authorises their bank to do so or not.

There is no real indication about how much the deals as a whole will generate. HMRC is thought to be hoping for a yield of £5bn from the initial one-off payment to be made by Swiss account holders. We know that the Swiss government will pay an up-front payment of 500m Swiss francs (£384m) as a "gesture of good faith", which will be taken from account holders when the banks start collecting the initial payments.

Bill Dodwell, tax partner at Deloitte, estimates the yield at £6bn: twice the latest estimate of the yield from the Liechtenstein Disclosure Facility (LDF) agreement. HMRC and the Swiss authorities are best placed to estimate the yield, he adds.

However, any figures produced now are rough estimates. Stephen Camm, tax partner at PwC, says that based on HMRC estimates there is around £100bn-£125bn of UK residents' money in Switzerland, much of which will be undeclared. It will be impossible to predict people's behaviour, but £5bn-£6bn is likely to be a baseline and could even prove to be a conservative figure.

Although people's behaviour will be impossible to predict, the process of the one-off payments is becoming clearer, despite a lot of details still being needed.

The banks will collect 19% to 34% percent of their clients' funds. The Swiss Bankers Association predicts the effective rate for most clients will be between 20% and 25% of total assets. The rate will be determined by the age of the account and the number and level of deposits made since 2003. Crucially, only the value of the account on 31 December 2010 will be taxed. The funds in the account will be cleared for tax purposes in the eyes of the Revenue.

Although this seems to benefit tax evaders fortunate enough to withdraw funds before this date, those funds will still be fair game for future HMRC investigations. And a strengthening of the information sharing between the UK and Switzerland, announced as part of the package, means that banks will be providing HMRC with details of withdrawals made.

There is also a wide range of exclusions. An HMRC spokesman told Accountancy Age that these cover people who are: under enquiry by HMRC at the time the treaty enters into force; those who have been successfully prosecuted as a result of an HMRC criminal investigation; civil investigations with significant amendments to the tax return; individuals who participated in or were contacted in the course of a campaign or disclosure facility; and those who have relevant assets arising from the proceeds of crime.

There are details not yet confirmed: what happens to the withdrawn and deposited funds in 2011 and 2012, before the agreement is implemented in 2013; and how exactly the percentage of the levy is to be calculated.

Another question that might never be answered is how good a deal this is for long-term evaders.

Getting away with it?

Many of the headlines have centred on whether or not evaders are being rewarded for their crimes. To an extent, this is a moot point. This government and the Labour government both decided on a long-term pragmatic approach in tackling offshore tax evasion, starting with the introduction of the Liechtenstein Disclosure Facility (LDF) in 2009, which allowed individuals to regularise their taxes while incurring a small penalty.

But the assumption that evaders are getting an easy ride is not necessarily correct. An initial analysis of case studies by PwC shows that individuals using the LDF are paying on average 10% of the value of their accounts, below even the lowest levy of 19% in Switzerland.

It's true that LDF settlements are much less than the individual's total tax liabilities if they were to be pursued by HMRC. The LDF incurs a penalty of only 10% of tax owed in comparison to a potential 200% if HMRC was to investigate without the individual coming forward. It also only goes back a decade, as opposed to the 20 years covered if they did not come forward.

Even still, the top rate of 34% deduction from Swiss accounts represents a lot for people who wish to maintain secrecy under the Swiss agreement. Although obviously below the top rate of UK tax of 50%, it is highly unlikely the whole amount would have been subject to income tax and therefore incurred this 50% rate. As Fiona Fernie, tax investigations partner at BDO, points out, the funds in the account will include capital gains, allowances, dividends and, of course, funds that have already been taxed.

A greater analysis would be necessary to see if the percentages levied would collect all the tax that has been owed over the years. But suggestions that this is to be welcomed by long-term evaders are wide of the mark. Unlike the LDF, this does not provide an amnesty from prosecution for any individual; any funds that have not incurred the one-off penalty are still fair game for HMRC investigation.

As well as the one-off payment that non-disclosures would incur, the government has negotiated a withholding tax. Any money made from shares, commodities, interest, dividends or capital gains in Switzerland will be taxed directly by the Swiss bank, which will then pay the Taxman. The rates will be just below the top rates of tax.

Gary Ashford, national director of tax investigations at RSM Tenon, says the rate is "high". As the withholding tax is a continued liability, there is a concern that account holders could be tempted to move their money elsewhere. Although this would be a risk for the taxpayer, it is in governments' best interest this does not happen as it will incur greater administration costs.

Those who choose to disclose and decide to stay in Switzerland will treat the account as a normal UK account, with the same rates as those in the UK.

The withholding tax will also change in line with UK rates. But the marginal differences are not much of a sop for Swiss account holders. Alexis Lautenberg, former Swiss ambassador to the UK and president of the British-Swiss Chamber of Commerce, tells Accountancy Age that keeping the rates lower than the UK top rates is merely "psychological". The withholding tax might not be the top rate of UK tax, but the difference is almost insignificant.

It is offering this choice of continued secrecy that is perhaps the most controversial aspect of the deal. Paul Aplin, partner at A C Mole & Son and a spokesman for the ICAEW, says it is "disappointing that the agreement does not go further in terms of transparency". While governments across the world are tackling the lack of transparency in tax havens, this agreement undoubtedly does legitimise secrecy to an extent.

This is a pragmatic approach. Lautenberg says that "secrecy was the absolute priority" for Switzerland. "In the absence of continued anonymity, what would be in the interests of Switzerland? This deal disconnects the privacy from the tax implications," he adds. Indeed, it has been suggested that the state would not be able to remove privacy in the financial sector without a referendum, as there has also been the suggestion by Switzerland's centre-left parties to remove tax breaks for wealthy foreigners.

But the agreement has taken away secrecy to some extent. The UK can request details of 500 accounts a year, which is "a very important prize" according to Aplin.

Mike Warburton, tax director at Grant Thornton, suggests the deterrent factor will be strong; this could lead to the targeting of "big name celebrities whom HMRC suspects of hiding money offshore", he says.

He continues: "This will put fear and trepidation into people with offshore accounts. If you are trying to evade your taxes, they should be able to get you. Until now, everyone thought if you have money in Switzerland, it was safe from the Taxman. That is no longer the case."

Although privacy is still alive and well in Switzerland, it is no longer guaranteed.

The US is taking a different tack in introducing legislation to compel its citizens and overseas financial institutions to declare offshore accounts. This is a route that many would have preferred the UK to take, as it would make illegitimate the lack of transparency in an increasingly transparent world.

The main point hammered home by supporters of the deal is that a small percentage of something is better than 100% of nothing.

But these points of view slightly underplay the deal. The UK is in fact ceding very little in this agreement: the 19% to 34% of an account is likely to cover all the tax owed for the majority of Swiss clients; the difference between the withholding tax and UK rates of tax is marginal to the point of insignificance; greater shared information means that large-scale evaders will find it harder to move their money; there is no amnesty for future prosecution; and the UK authorities' right to request details of 500 accounts annually means that secrecy can no longer be guaranteed in Switzerland.

This is not only pragmatic, it should also send the signal that crime does not pay in the long run. And HMRC should feel rightly satisfied. Better late than never, perhaps.