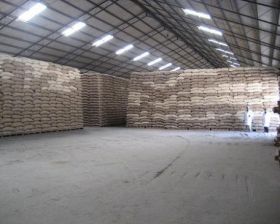 A group of 450 economists have urged G20 finance ministers to bring in position limits worldwide to curb excessive speculation on food commodities.

Directed at a finance ministers meeting in Paris this week, a joint letter demands that limits are put in place to cap the agricultural commodity derivatives held by speculators.

Without position limits, the economists fr om top universities such as Cambridge, Oxford, Berkeley and Cornell say the financial sector will continue to exacerbate global hunger and poverty.

The dispatch, revealed on Tuesday, ahead of the G20 meeting on 14 and 15 October calls for government to introduce binding rules that also prevent regulatory arbitrage between exchanges.

"Position limits would be more effective in tackling excessive speculation than position management powers, which rely on the use of judgement by exchanges and provide little assurance that powers will be exercised effectively," the letter, dated Monday, says.

The economists reference a report fr om the International Monetary Fund and OECD that concluded that speculators contribute to "frequent and erratic" price changes.

Evidence suggests that financial speculators are less likely to make trading decisions based on information regarding supply and demand, and are more prone to herding behaviours than commercial traders, the letter says.

The move echoes a call fr om the United Nations, which in June called for position lim its to be brought in for commodities markets. It blamed speculators for a 20 per cent rise in the price of crude oil.

The World Development Movement, which coordinated the letter, singled out the British government for criticism in opposing position lim its.

US regulators have already put forward their own position lim it measures and the EU is set to propose rules next week. However, the UK government is likely to block the action, it said.