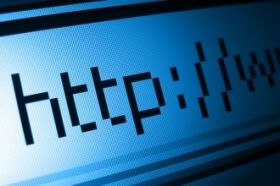 In a joint letter addressed to the Congress on Wednesday, the giants argued that they would have to check first every content posted by users before they get published online if the bills were passed.

On Wednesday, the Congress debated the merits of both Protect IP Act and the Stop Online Piracy Act amid strong opposition from several Web sites, including Google and Tumblr, to the two bills.

Google argued that the bills would undermine the freedom of expression and the Web sites’ job innovation.

Tumblr created a censorship page dedicated at urging users to convince their representatives to reject the bills.

Experts say the bills, if passed, could also censor Web sites outside the United States.

Meanwhile, a group called the Save Hosting Coalition criticized the bills for putting the burden of monitoring the activity of an accused copyright violator upon the shoulder of Web hosts.

A typical Web hosting company normally has hundreds of customers, and the group said the bills would only complicate the copyright monitoring process.

On the other hand, Microsoft, Walmart, the United States Chamber of Commerce, the Motion Picture Association of America, the American Federation of Musicians, the Directors Guild of America, the International Brotherhood of Teamsters and the Screen Actors Guild, have expressed their support for the bill.