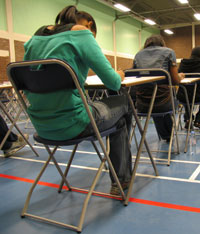 Collectively owned by three local authorities, Connexions Cheshire & Warrington has been providing education and employment advice to school children and leavers in the Cheshire area since 2001, but struggled following significant cuts in funding fr om the summer of 2010.

Of PKF’s appointment, Miller said: ‘We did not anticipate or want to have to take this course of action, but due to the local authority owner’s decision to take the services in-house, the company has no alternative. Whilst the administration will ensure that the already planned transfer of some services into the three local authorities takes place by the end of March, there is still uncertainty about other non local authority funded services.

He added: ‘It has been very painful to see services to young people affected in this way, and it is a testament to all the staff that they have managed to keep quality services going despite all of these difficulties

Joint administrator Kerry Bailey and PKF partner, said: ‘Prior to our appointment, we had been engaged by the company to assess its financial position and advise the directors of their options.

‘The outcome of these negotiations is that the administrators are continuing to trade the business of Connexions Cheshire and Warrington Lim ited in order to affect an orderly transfer of its business to the three local authorities. This should result in the continued employment of the vast majority of the 210 employees’