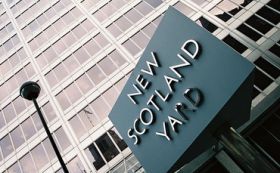 AN EMPLOYEE of the taxman has been arrested by detectives investigating corrupt payments made to public officials.

The operation was initiated by information supplied News Corporation's management standards committee (MSC) which was set up in the wake of the phone hacking scandal that led to the closure of the News of the Worldlast July, reports Press Association.

A 50-year-old man was held on suspicion of misconduct in a public office by officers from Operation Elveden.

Scotland Yard also said a 43-year-old was also arrested at an address in north-west London. She was held under suspicion of aiding and abetting misconduct in a public office and money laundering.

The pair were arrested at 6.00am and are being questioned at a central London police station.

The MSC is carrying out investigations relating to Rupert Murdoch's remaining UK newspapers - The Times, The Sunday Times and The Sun - and is working with the police investigating phone hacking and corrupt payments made to police and other public officials.

In a statement, Scotland Yard said: "Today's arrests are the result of information provided to police by News Corporation's management standards committee.

"They relate to suspected payments to a public official and are not about seeking journalists to reveal confidential sources in relation to information that has been obtained legitimately."

A total of 29 people have been arrested since last July as part of Operation Elveden, which is linked to the Metropolitan Police's Operation Weeting, which is looking into the phone hacking scandal.