Morrisons’ Handy Finance Director Richard Pennycook will be Leaving in 2013 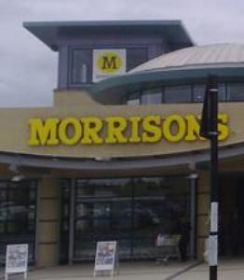 Joined on October 1, 2005 the finance peer Pennycook had successful last 7 years and is planned to leave in summer of 2013.

‘This was a difficult decision but by the time I leave next year I will have been with Morrisons for over eight years and I feel that it's the right time to seek new challenges. It was very important to me to give Morrisons as much notice as possible to ensure a smooth transition. I wish the company and my colleagues all the best for the future,’ said Pennycook.

Pennycook joined Morrissons when it had breached banking covenants. On YoY basis from 2007-08 the Morrisons’ net debt sliced almost 30% and the pre-tax profits increased two times to £612m. His significance can be judged by the words of the Chairman of Morrisons, Sir Ian Gibson stated:

“Richard has done an outstanding job for Morrisons over the last 7 years. He was the architect of the Company’s Optimization Plans and has played an increasing strategic role in the last few years as Morrisons has completed its transformation into a nationwide retailer. Richard will remain with Morrisons for another year which will ensure a seamless transition with his eventual successor. When he leaves in 2013 it will be with our gratitude and best wishes for the next phase of his career.”

Moreover Mr. Dalton Philips the chief executive of Morrisons also expressed his gratitude with kind words as: ‘Richard is an exceptional CFO who has made an enormous contribution to Morrisons. We have worked very closely together for more than two years and he is held in the highest regard by the company and all its stakeholders.’

The process of the selection of successor of Mr. Richard Pennycook would initiate shortly by the nomination committee of Morrisons.

In the meanwhile until his departure in the next June, Mr. Pennycook will keep fulfilling his responsibilities for IT, finance, online and strategy.