Students Worry about Striking a Balance between Work and Personal Life 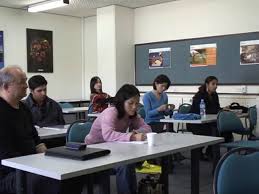 According to a survey conducted by the CABA-the sector charity, about 38% of the accountancy students are not satisfied and happy with regards to their work-life balance. The survey also highlighted that a number of students are concerned about working for long hours as a result of which they feel that their health is suffering.

The research included the opinion of over 450 ICAEW ACA students and in the process revealed that almost two in every five students (38%) were of the opinion that they are not satisfied with the balance between their life and work. A major worry shown by the respondents was that their work also takes a lot of time meant for their personal lives. This concern of the respondents was proved right by a statistic as per which 28% of the students said that they work beyond the normal working hours and another statistic showed that 25% of the participants to the research admitted to be working for 43 to 60 hours in a week.

Lack of time available for doing physical activity (30%), not being able to maintain a balance diet (23%) and stress (22%) were some of the main reasons that were cited by the students for feeling less healthy as compared to a year ago.

The research also revealed statistics which showed that 27% of the respondents were experiencing tiredness and loss of energy while 20% of the students were facing stress with regards to their professional life. The research also highlighted that 17% of the participants to the research were of the opinion that they were not able to sleep properly. All the statistics mentioned above highlights the importance and impact the work and the working environment can have on one’s health.

According to chief executive at CABA, Kath Haines, Striking balance between work and personal life is not easy and working too much without getting proper sleep or exercise is going to impact one’s performance at his/her workplace.

It is important for the students to learn the skill of maintaining a balance between their professional and personal life as this skill is going to help them in the long run.

Kath Haines further added that CABA is going to partner the ICAEW in establishing a joint working group whose primary objective will be to address some of the issues that have been highlighted by the research.