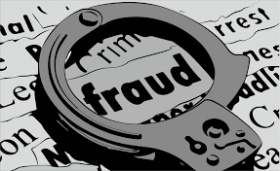 The former chief executive officer (CEO) and chief operating officer (COO) of company Afren have been found guilty of committing fraud and money laundering over a $300m oil deal.

At Southwark Crown Court, the former COO Shahid Ullah and ex-CEO Osman Shahenshah were convicted for committing fraud as well as being involved in money laundering. The two executives personally received around $17m while $45m was laundered by misleading the board into finalizing a business deal worth $300m.

The court was told that the Ullah and Shahenshah secretly schemed to increase their pay packages after the company faced a major revolt from the shareholders over their £3.8m and £6.6m salary packages with the intention to lower remuneration in the near future.

The two executives then recommended the Afren Board to enter into an agreement with Oriental Energy Resources which resulted in Afren making payments worth millions of dollars without knowing that Ullah and Shahenshah personally benefited from the said payments.

At the time, transaction was said to be important with regards to maintaining the partnership with Oriental Energy, but the fact that Ullah and Shahenshah were to personally benefit from the said transaction was not known to Afren board.

The Afren board was unaware of the deal Ullah and Shahenshah had strucked with Oriental which would the see the 15% of the $300m transferred to a shell company based in the Caribbean which was actually in control of the defendants.

The investigation into the former COO and CEO of the collapsed oil exploration company began in mid of 2015 following a report by the company, with the two former executives charged with multiple offences in September of last year.