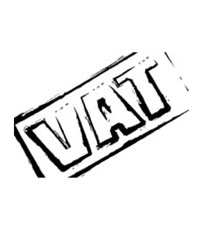 The Treasury has agreed that VAT on this year’s hit Christmas single from the Military Wives group will be given to good causes.

The Military Wives Choir, which featured in the BBC Two television programme The Choir, is made up of about 100 wives and girlfriends from RMB Chivenor in north Devon and Plymouth.

Their single, Wherever You Are is set to be number one this Christmas, beating Little Mix who won the X Factor contest. Proceeds from sales of the song are being donated to the Royal British Legion and the Soldiers, Sailors, Airmen and Families Association.

The song is based on letters sent and received by the wives and girlfriends while their husbands and partners spent six months earlier this year in Afghanistan as part of 3 Commando Brigade.

There have been calls by MPs for the VAT to be waived so that all revenues can go to charity.

Oliver Colvile, the MP for Plymouth Sutton and Devenport, said a precedent had been set in 2004 when VAT raised from sales of a new version of Do They Know It's Christmaswas given to Bob Geldof's Live Aid charity.

Colvile said: ‘I think it's very, very important that we thank the families and wives who have put up with an enormous amount during the course of the past nine or 10 years.’