Politicians Call for Crack Down on Tax Avoidance 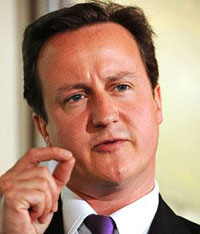 The Prime Minister and his deputy have indicated that the coalition government intends to crack down on tax avoidance schemes over the course of this year.

In a speech to SMEs yesterday, David Cameron said he knew how companies ‘use the complexity of the tax and legal system to try and endlessly reduce their tax payments’, according to the Times.

Cameron said: ‘Of course it’s right for companies to be able to plan and have predictability and the rest of it, but they should be paying a fair tax rate.’

In a separate speech the same day, Nick Clegg said ‘there should be a general rule that you can’t play the system, you can’t abuse the system.’ He said it should be possible to create a ‘simpler, more open, fairer’ tax system.

Clegg said: ‘I think there are just lots of people who are increasingly frustrated and angry that as they play by the rules, as they pay taxes, as they struggle to make ends meet and do well for themselves and their families, there seems to be a sort of wealthy elite of individuals and large companies who can pay a football team of accountants to play clever tricks with the tax system so they don’t pay their fair share. And that’s what needs to come to an end.’