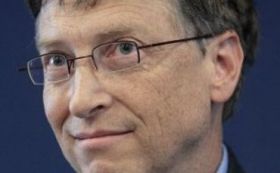 MICROSOFT co-founder Bill Gates says he does not think he pays enough tax, and says wealthy Americans should contribute more in order to solve the deficit problem.

Gates suggested that solving the country's deficit problem should be approached with a "sense of shared sacrifice".

"Right now I don't feel that people like myself are paying as much as they should," Gates told BBC World.