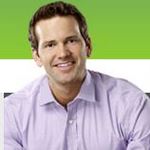 A pair of Republican members of Congress have introduced a bill to prohibit the Internal Revenue Service from implementing a new tax-reporting requirement for small businesses to reconcile their 1099-K reports from outside providers such as credit card companies with their own internal records.

The Housing and Economic Recovery Act of 2008 requires the IRS to collect a 1099-K from third-party payment entities, such as credit card companies. The 1099-K will show all credit transactions within a merchant’s business for the year. However, according to the lawmakers, the IRS is using the 1099-K to add extra burdens on small business tax forms by requiring them to reconcile this report with the merchants own internal numbers, which was not the original goal of the law.

Customers asking for cash back, returning merchandise bought on credit for cash, or collecting the deposits for rentals can all lead to discrepancies when reconciliation occurs, they pointed out.

As many small businesses don't have the specialized accounting software, bookkeeping technology, time, or personnel to cross-reference and reconcile their own internal numbers with third-party generated numbers, the reconciliation requirement increases the accounting workload and costs for small businesses, according to the lawmakers.

The 1099K Overreach Prevention Act prevents the IRS from using the 1099-K data to require new reconciliatory calculations on the part of the small business, returning this provision to the intent of the law when it was enacted.

“This is an unnecessary IRS requirement that will only lead to more accounting headaches for businesses,” Schock said in a statement. “My concern is that the IRS is asking for flawed information from small businesses by requiring them to reconcile their internal numbers with that of third-party entities. When you take into consideration all of the types of merchant transactions that occur between a customer and a small business all this adds up to unnecessary administrative costs, a new accounting burden, and more time away from growing their business. At a time when there is still record unemployment, adding another job killing regulation on small businesses is not the right solution.”

Schilling said that when he speaks with small business owners, he frequently hears that they are burdened with too much complicated and time-consuming paperwork already. “For small companies, the cost of tax compliance is already $1,584 a year,” he said. “If not overturned, this IRS requirement will undoubtedly add to that cost. It is wrong to weigh down the very folks we are asking to put Americans back to work and lead us into economic recovery.”

The bill has won the backing of officials from the U.S. Chamber of Commerce and the National Federation of Independent Business

“We want to applaud Congressmen Schock and Schilling for introducing a bill that will restrict the IRS from placing this unprecedented paperwork mandate on the backs of small businesses who accept merchant payment cards,” said Giovanni Coratolo, vice president of small business policy for the U.S. Chamber of Commerce. “Unless the IRS eliminates this directive, 8 to 10 million businesses will be subjected to the folly of data collection and paperwork rather than focusing on adding jobs and growing the economy.”

“Small-business owners across the country are thankful for the leadership from Congressmen Schock and Schilling to repeal this new IRS demand. This new requirement for small-business owners is more than a mere paperwork burden, it is an additional complication in an already complicated tax-reporting process,” said National Federation of Independent Business CEO Dan Danner. “The Tax Code, as it currently stands, ultimately puts the small-business owner at a disadvantage with compliance and their ability to succeed in business is falling further and further behind government demands on their time.”