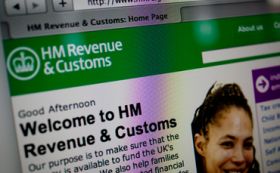 THE NEW "assurance commissioner" who will oversee big tax disputes should be appointed from outside HM Revenue and Customs (HMRC), tax experts have said, after the Treasury announced an overhaul of the way it deals with tax settlements.

Monday's announcement of an assurance commissioner, who will sign off tax settlements worth more than £100m, is in response to a Public Accounts Committee report in December, which criticised HMRC's tax settlement strategy. Parliament's spending watchdog said that HMRC had left itself open to the suspicion that it was too "cosy" with large companies.

Public trust in HMRC has also been knocked amid allegations it has made "sweetheart" deals with big business. Dave Hartnett, permanent secretary for tax and Britain's top official, has been vilified in the media and by protest groups such as UK Uncut.

The announcement of a new approach to big tax settlements appears to be the start of a PR fightback by the taxman. In a separate announcement on Monday, the Treasury said it had blocked two "aggressive" tax avoidance schemes, reportedly used by Barclays, worth around £500m.

The new assurance commissioner - who will work with two other commissioners and take advise from a panel of senior tax professionals - will be responsible for overseeing all large settlements and protecting the interests of taxpayers.

In future, all tax cases above £100m will now be referred, with recommendations from a panel of senior tax professionals, to three tax expert commissioners, one of whom will be the assurance Commissioner.

Currently, a commissioner will usually only rule on tax settlements of £250m or more. The new rules will almost double the number of cases that will be scrutinised by commissioners, HMRC said.

A new "code of governance" will mean more is known about tax disputes and settlements, the Treasury also said.

Tax experts said the new rules were predominantly about countering a perception that HMRC tax settlements with big business were too chummy and opaque. They don't expect a major change in HMRC's approach to big tax disputes.

Chas Roy-Chowdhury, head of taxation at ACCA, said appointing the assurance commissioner from the private sector would be a "breath of fresh air".

Public anger over the Revenue's approach to large tax settlements has been fuelled by allegations it let off Vodafone and Goldman Sachs as much as £4.75bn and £10m in tax respectively. HMRC has strongly denied the allegations.

Accountants say that large tax disputes are rarely clear cut. Tax disputes for hundreds of millions, or billions, of pounds often involve various national and international tax rules and reliefs, which can create grey areas and make it difficult to decide what the right amount of tax due should be.