Tax Planning is Back on FDs' Agendas 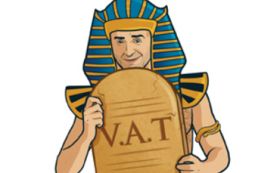 MANY FINANCE directors, myself included, rarely put the topic of taxation at the top of their list. However, with George Osborne’s “unashamedly pro-business” Budget, the Barclays disallowed tax scheme debacle, and the 5 April tax year end, I am currently reviewing our tax strategy.

Taxes are designed not only to raise revenue, but to influence behaviour although many do not work as intended and some so-called taxes are actually other crimes in disguise. For example, the 50% income tax rate is a government PR stunt aimed at bankers; tobacco, alcohol and fuel duty is actually an act of killing the golden goose; inheritance tax is a double-dip tax on the vulnerable, thrifty and elderly; the 20% VAT rate is an unfair raiding of charities through irrecoverable VAT; and the National Lottery is both an avoidance of government responsibility to fund some of its obligations and a tax on stupidity.

History tells us that many taxes, since their introduction in 3000BC in Ancient Egypt, eventually run their course and some never achieve their intended outcomes. These included Beard Tax, Development Land Tax, Capital Transfer Tax, Poor Law Tax, Poll Tax, Window Tax and Henry II’s Saladin Tithe. Income tax in the UK was originally a temporary measure introduced by Pitt the Younger in 1798, repealed in 1816, and reintroduced in 1842 by Sir Robert Peel. Of course, we could also consider the deadweight loss theory, perverse incentives and the Laffer curve, but finance directors have to work within the current system.

International businesses not only pay taxes in many jurisdictions, but also collect and process a wide variety of taxes on behalf of governments such as input VAT, output VAT, national insurance, income tax, corporation tax and so on. We do this at great cost, significant risk and free of charge.

In many international businesses, taxation does affect behaviour. I have encountered difficulties in promoting individuals from Singapore (25% tax) to positions in the UK (40% or 50% tax) and one of the most profitable capital investment choices that I ever made was to favour the Cayman Islands rather than Germany. Of course, taxation was not the only factor in the decision but in this case the tax advantage was impossible to trump with all the other factors involved.

Finance directors must not only manage the tax affairs of the organisation, but take the lead on its strategy. Adopting an overly passive position on tax planning may be a safe option, but it would also be a lazy one that may not serve the organisation well. Taking an aggressive stance on tax planning may improve operational competitiveness, return on investment and earnings-per-share, but it does risk bad PR, falling foul of the authorities and accusations of poor corporate and personal ethics. Communication is also a key factor in explaining why the organisation may, for example, pay only a small percentage of global profits as UK tax, although taxes in overseas jurisdictions may be very significant. HSBC recently found itself in this PR trap. It is essential to engage the board in agreeing a policy on the degree of tax aggressiveness, but it is an unenviable challenge for the FD to raise their enthusiasm for this topic. I tend to grab their attention by reminding them of the personal and criminal aspects to these risks.

Tax planning for the finance director is becoming increasingly difficult and risky as the rules are being tightened everywhere, with less flexibility and more harmonisation. This is one reason to keep the tax aggressiveness policy under constant review. Another is that of the many professionals who find themselves in jail, a high percentage are accountants.