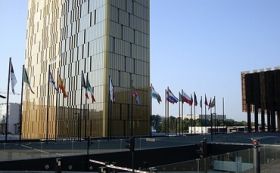 EU and US-based institutional investors argued that such rules contravene EU law and amount to discrimination - particularly of the free movement of capital provisions of the Treaty on the Functioning of the European Union (TFEU).

Various EU states - including France, where the rate is set at 15% - enforce a withholding tax on dividend payments to foreign investment funds, while similar domestic investors are exempt.

Similar cases being made against several EU member states by portfolio investors could reach €20bn (£16bn), analysts said, while the French believe their rebates could reach €4.2bn.

It remains to be seen whether the French will alter the tax in order to apply it to domestic funds as well or scrap the legislation.

They have in the past gone the way of taxing their own. In 2009, taxes on not-for-profit domestic funds such as pensions was introduced at 15%.

He said: "The decision is good news for institutional investors and savers, not just in the EU but also elsewh ere.

"It is bad news for France, against which claims of over €4bn have already been made, and potentially other EU member states that have similar tax rules. Following the ECJ ruling, the cases will return to the French courts for the decision to be implemented."

He added the EU did not block future claims, which the French tax authority had requested.

"Funds with investments in EU securities will be considering their position and whether to take action to recover excess taxes that have been charged on their income in recent years. France and other member states may be considering whether there is a need to change legislation," he said.