Europe should take steps to Fight against Corporate Tax Fraud, and Tax Evasion 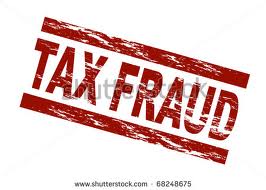 It is found that the Europe Council of Ministers has decided to take necessary steps to fight against the use of communal tax strategies that are using to move profits to low tax countries to stay away from paying taxes.

In U.S. and Europe, the companies like Amazon, Google, Starbucks, Apple, and many other big companies are facing huge growing pressure to pay greater share of taxes, they are earning in these countries. These companies are moving their profits to low tax countries to avoid from paying big share of their taxes on the profit they earn in Europe and U.S.

In a meeting of European Council it is said, that ‘’tax avoidance and tax deceit bound countries to carry out their economic policies, and increase their corporate revenues. In these days, tax fraud and tax evasion has become a big and very tough issue. So, the European Council has decided to take necessary actions to combat against tax deceit, and tax avoidance planning. A huge work will be done for the promotion, and expansion the capacity of the automatic swap of corporate information at all stages.’’

It is also decided by the European Council that this automatic exchange of information would be done on all levels of European Union, and the world. Other steps will contain the improvement in agreement of European Union with Monaco, San Marino, Andorra, Lichtenstein, and Switzerland that are enjoying low tax reputation from many years. Some measures will also include improvement in recommendations of European Commission on dealing with belligerent profit shifting, and tax avoidance planning.

Other steps for tax fraud are that it is ensure that large corporate groups and companies should report their all the necessary financial information to tax department on a country by country basis, and also the developing countries should meet the standards of good governance to fight against tax avoidance planning. So, that in this regard the European Council should have complete information regarding the ownership of companies, foundation, and trusts.