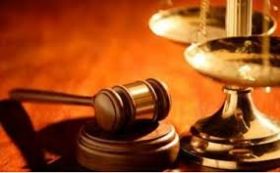 According to data provided by Insolvency Service Deloitte has been involved in twenty more entities where it was unsuccessful in making the workers correctly redundant. As a result of this it is estimated that of £50m from the taxpayer’s money have been paid in compensatory arrangements.

Deloitte was appointed as administrator at Comet, an electrical retailer. Some redundancies were made because of the collapse that took place at Comet, and a charge of £26m has to be paid against these redundancies. In July, the business secretary Vince Cable referred three senior Insolvency Practitioners at Deloitte to ICAEW over reports that there was a conflict of interest when they accepted this engagement as administrators, knowingly that they had delivered advisory services to the company in the past. Deloitte is not in agreement with this and is of the view that there was no conflict of interest.

Deloitte gave a statement that we didn’t believe that the amount of £26m in case of Comet was reasonable. We estimated that the maximum possible charge in respect of Comet case would be its half or less than the half.

One of the ‘Big Four’ firms said that these charges were common and prevalent because of the in-built conflicts between these two (1. Employment Legislation and 2. Insolvency Law).

President of R3, Insolvency Trade Body, said that the current legislation on combined redundancies or dismissals might be clear and easy, but it is often difficult and challenging to implement these legislations in some insolvency cases.

He added that government does not seem willing to revise the law. The government is requested to solve this problem as an urgent issue, since it is the issue to be resolved under their power.