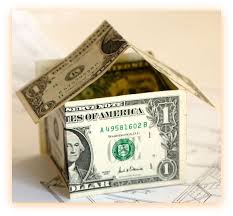 EY has conducted risk survey and establishes that 75% of large and well established businesses are facing difficulties in managing their exposure. According to the survey, Big Four audit firms have seen that three quarters of companies generating revenue round about $5billion, but unable to cope with tax functions because of less recourses. 64% of the companies reported that they have communication problems internally and some reported that they have not latest technology or appropriate procedures to deal with the tax functions.

About half of the companies observed an increase in their tax operations, almost 41% have not experienced any increase in the tax function and only 8% have reported some decrease.

56% of companies have reasons to believe that unavailability if the latest technology is the main reason of ineffective tax risk management. While the rest of companies either haven’t used technology to respond to tax queries or considering it the entire responsibility of tax teams. On the other hand about 60% large companies have amended the way to record the transactions for tax purposes.

Each company, large or small, has to deal with the operational risks as these could have high consequences on the business, said EY’s Director for tax performance. Further he says that operational risks of tax are completely controllable by the company itself and it has to design procedures in order to mitigate these.