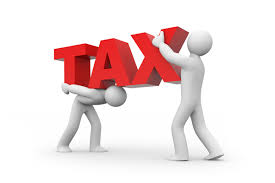 The objective of each measure of tax should be clearly communicated in order to enable tax payers to effectively understand what they are expected to do. A clear advice need to be clearly published together with tax result negotiations. The certainty in Tax report was issued in anticipation of the Autumn Statement point out that tax systems need to be designed in abid to minimize unmerited outcomes. Where uncertainty is allowed by the government in a system through judicial and administrative discretion, the uncertainty boundaries should be defined very clearly.

Those businesses which are progressively complex and relatively few in number can also benefit from mechanisms that are transparent and which enable them to effectively discuss transactions proposed beforehand in a bid to avoid indecisiveness. According to the Technical Manager of ACCA Jason Piper, one of the main features of a healthy relationship between the state and the business is constructive and regular dialogue. The discussions outcome could be published and even formalized in a bid to aid certainty and transparency for both tax officials and businesses.

According to this report, stability, simplicity and certainty are the essentials of a good system of tax. In addition, every system has some degree of uncertainty where this is acceptable to some governments. Retrospective legislation threat is one that brings about uncertainty.

Many governments make use of such legislation in countering clear abuse. While the abuse is indeed cleared, the damage that is subjected to the confidence of tax payers is substantial. Tax payers and corrupt officials take advantage of the system due to uncertainty. According to Jason Piper, investments from other jurisdictions may be discouraged due to uncertainty of the system. For such developments, it is in the interest of the state to have uncertainty minimized. Purpose coherence and fundamental clarity are the keys to certainty. They are associated to constant messaging and coherence from the tax administration and policy makers. Communicating clearly of the objectives of every tax measure will greatly help tax payers to realize what is required of them even if the burden of actually understanding will be imposed on the policy makers.