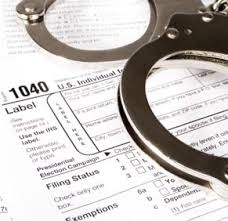 A recent investigation of HMRC has convicted a tax consultant, who was previously a soldier, of six crimes under the Fraud Act after he lied during the enquiries conducted by the HMRC, in order to get income tax returns covered up which had been filed for his clients.

With the intent to deceive HMRC, Christopher Jonathan Lunn provided false invoices to HMRC in order to cover-up the inflated fees charged on behalf of their clients for accounting services.

Fee for accountancy services is an allowable expense for tax purposes. Originally low cost invoices were issued to the clients for the services but, later on, at the time of submitting their returns to HMRC, these fees were inflated.

The accountancy fees were exaggerated to such a level that it resulted in firm’s clients paying a lesser amount of tax than the actual amount. This left the real cost of accounting services equal to the tax benefits.

The assistant director for the criminal investigation at HM Revenue & Customs, Jen Becker, revealed that it was confessed by Jonathan Lunn in the court that he had provided HMRC with the wrong invoices but Lunn had refused from admitting that he had lied to the investigating officers of HMRC. However, this was not accepted by the court. Jen Becker added that largely the tax consultants are true in their conduct with HMRC and therefore HM Revenue & Customs depends on them to make sure that the taxpayers pay the actual taxes they are liable to.

One of the founders of the Rebecca Busfield, Watt Busfield mentioned that the agent had intentionally provided misleading information to HM Revenue & Customs and this fact authorizes HMRC to check the tax returns up to 20 years back. He warned that the taxpayers must select their tax consultants very carefully and must review before they sign the tax returns.