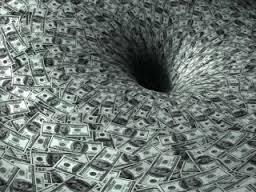 A letter has been written by the American Institute of Certified Public Accountants to the Congress’ major tax lawmakers requesting them to provide tax relief to the taxpayers in suitable situations when they erroneously choose an election or fail to meet the statutory deadlines.

The letter indicated that that in case there are delays in making tax election or it was executed incorrectly, many tax-elections available to tax payer allow administrative relief tothem under the section 9100 because the time-limits are set in treasury rules. But often the elections with the timelines established by the statutedon’t provide such relief.

The letter further stated that the taxpayers, who have missed the chance of making particular tax elections, see the relief under section-9100 as valuable andtherefore the Congress mustthought onmaking the relief available to all the tax-electionswhether approved by statute or regulation
The American Institute of Certified Public Accountants (AICPA) has mentioned 26 (not all included)tax elections for which the relief is not available under 9100 section due to the fact that the statute had set the deadlines to claim such tax elections.

Some of the items included in the letter were: the decision to waive off net operating loss carry-back for a standalone firm return, electing to treat particular TV productions and film costs as expenditures, decision whether to amortize the R&D expense, the selection of the month when the building is placed inservice for the Low Income Housing Credit.

The Institute (AICPA) stated that the Internal Revenue Service (IRS) must be authorized in order to provide relief under the section 9100 to the taxpayers.Additionally, it must be shown by the taxpayers that they have acted in good faith and reasonably and the governmental interests would not be prejudiced by awarding the relief.