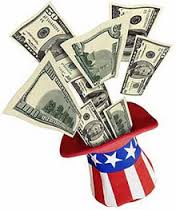 It is a matter of fact that many filers will fail to meet the approaching self-assessment deadline. ACCA’s Taxation Head, Chas Roy-Chowdhury advises in this regard.

He explainsthat if someone fails to meet the deadline and gets his return submitted withinfewdays after the deadline, the maximum he will face is a charge of £100. He further says that burying your head in sand in order to evade from the liability is not advisable. Instead if you are late in filing the return, make sure that it is only for a few days rather than failing to submit the return at all.

The issue will become worse with time in case you ignore the matter because you will be imposed more charges if you take longer time to submit the return. The fine for being late up to 3 months is £100. You will face more fines if you are further late.

Once you have been imposed a penalty of £100, it provides you with more time to make things better and it is advisable to make that time usable, says Chas Roy-Chowdhury.

If you are sure about liability but not about the amount, it is advisable to pay the best estimate right now to minimize the greater interest charges later. Paying something right now is better than doing nothing, the excess tax amount paid is always claimable.

The excuses for the late-filing of tax returns are acceptable by HMRC only if you communicate them as-early-as you can. You should submit the claim form rather than waiting for penalty notice from HMRC.
The evidences of the happenings are required to be provided to HMRC. Roy-Chowdhury advises against making any creative excuses.

Roy-Chowdhury mentions that HMRC’s attention is drawn towards the taxpayers who constantly fail in both filing their returns and paying their taxes on time. It is important to ensure no repetitions.

Considering January as last-month of accounting-year is not advisable, instead you should spread your accounting work over-the-year, this will make yearend tax workeasier, according to Roy-Chowdhury.

Roy-Chowdhury concludes that a professional’s help should be sought if you are at loss. This will result in an obvious cost to you, it will probably be less than the HMRC’s charges.