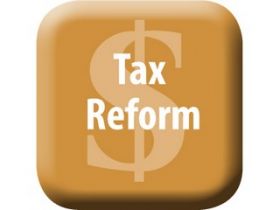 Five bipartite working groups have been designed by the Senate Finance Committee to develop the policy recommendations for widespread tax reform while analyzing current tax system.

Hatch stated that the Democrats and Republicans are agreed on the fact that American system of tax is unfair, deterring economic development and is much complicated as well. He added that members will be able to examine the tax laws comprehensively and generate innovative ideas to help complete the reform work which will then be resulted in better job opportunities and better paychecks for Americans.

Having an aim of producing detailed report on the options and recommendations by the end of May, all of the groups will be working with Joint Taxation Committee directly in order to generate comprehensive analyses containing options and possible lawful solutions about areas assigned to them.

Wyden added that the damaged tax system must be cured in such a way that it will work for the economy and the country as a whole. A fair and simple tax system helping the business and typical Americans in the same way, is needed. In these years, much work has been undertaken for building a healthy base of the tax reform. Now is the time to modify the tax laws and to deliver it.

Chuck Grassley stated that the tax system is much complicated but the professionals should not be hired by the taxpayers for just filing their taxes. Steps should be taken on by the Congress to smoothen economic development and to provide tax reform with reduced complexity and increased fairness.