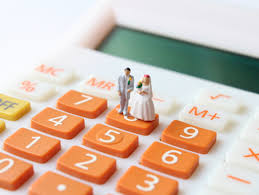 Close to 710,000 taxpayers who got the Advanced Premium Tax Credit last year in order to but the health insurance haven’t filed their tax returns or even an extension. John Koskinen in a letter written to the Chairman of the Senate Finance Committee said that the IRS is asking the tax payers not to forget their obligation. In his Friday letter, John said that close to 710,000 of the APTC tax payers haven’t filed an extension as expected. Guidelines given by the tax Department of Health and Human Services, tax payers are expected to meet obligations for them to maintain their APTC eligibility in helping to pay for coverage in the market place in the year 2016. Tax payers are being urged to file their returns electronically in order for them to have their APTC reconciled in thirty days.

While responding to this letter, Hatch called upon J.Russell George, the Treasury Inspector General in Administration of Tax to make an examination of credit card use paying attention to the fact that 710,000 individuals had perhaps received in advance $ 2.4 billion in form of Credit Payments of Premium tax. Hatch wrote a letter to George, the Inspector General reiterating his continued concern with regard to APTC payments outlining his examination requests of a huge sample of individuals who were given a subsidy by the government and did not submit a tax return.

The process of reconciliation is a very crucial element in safeguarding the insurance integrity. The process arises upon tax payers filing tax returns and reconciling received subsidies versus the amount was indeed due.

The letter from Hatch comes just after a hearing from the Senate Finance Committee which entailed testimony from an official with the Office of Government Accountability which was found to be an investigation undercover which had approved eleven out of twelve online and telephone applications for fictional applicants. Resultantly, $ 2,500 was being paid by the federal government per month or $ 30,000 every year in terms of credit for insurance policies for these individuals that were pretending.