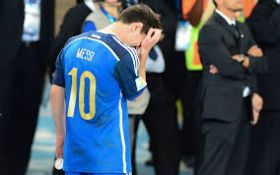 Barcelona striker Lionel Messi has lost his appeal to the Supreme Court regarding his tax fraud conviction in Spain.The Supreme Court has confirmed that the footballer has been handed with a 21-month prison term while his father Jorge has been provided with a 15-month jail term. However both are unlikely to serve their prison sentences as the sentences with time frame of less than 2 years for first offenses are usually suspended in Spain.

Lionel Messi along with his father Jorge was convicted of tax fraud in the trial that took place in 2016. Both Messi and his father were convicted with regards to defrauding tax authorities in Spain of €4.1 million (£3.5 million) in taxes from 2007 to 2009.

According to the Court’s ruling, Messi and his father Jorge defrauded the tax authorities in Spain of €4.1 million by using shell companies in order to evade taxes in relation to income connected with Messi’s image rights. These shell companies included companies such as Sport enterprises and Sport Consultants which were located in tax heavens such as Switzerland, Uruguay and Belize where the Legislation kept details with regards to the identities of the owners of these companies a secret.

The Supreme Court also maintained the fine of €2 million (£1.7 million) which was handed to the star football in last year’s trial.

Messi’s father, Jorge Messi, was also convicted of defrauding the tax authorities but the Court made the decision of reducing his jail term from 21 months to 15 months. The main reason behind this decision was that Jorge Messi co-operated with the Court and the tax authorities by paying some of the taxes that were due to be paid with reference to the income earned from Messi’s image rights.

During the trial one of the arguments used by Messi to his defense was that he signed many of the documents without properly reading the contents of those documents. Messi also said that although he signed contracts that were ought to protect his image rights but he had no knowledge that he was defrauding the tax authorities.